Boohwal had just release their latest digital single today, 29 March 2011. Despite fans’ anticipation, Boohwal came back in their original formation, this time for another digital single~^^ This new single, as you suspected, was composed and written by Kim Tae Won. 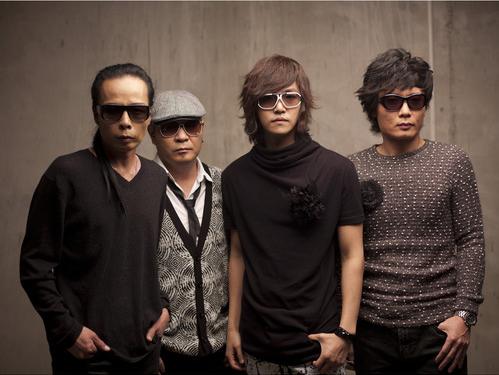 I happen to know that Boohwal just finished shooting a music video last week. I suppose the music video is still on editing process at the moment, and I will sure upload it here as soon as I could. I hope no fans upload this song illegally on youtube yet, and patiently wait for the original MV. International fans, please be patient until the song comes out through legal channels in your respective countries~ 🙂 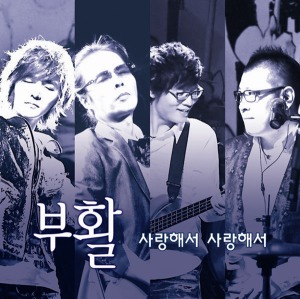 Boohwal (부활) just released their version of the song “Because I Love You, Because I Love You” (사랑해서 사랑해서) today. As you might have all learned by now, the song was originally written by Kim Tae-Won (김태원) for the variety show “Men’s Qualification” (남자의 자격) for an amateur band mission.

Now, you can also enjoy Kim Tae-Won (김태원), Chae Jemin (채제민), Seo Jae-Hyuck (서재혁), and Jeong Dongha (정동하)’s version of the song for they’ve released the digital single today. And it just rose up to the top of a lot of music charts. In Daum Music, it has remained on the top spot for today.

You can watch Boohwal’s live performance on KBS 2’s program “Music Storage” (음악창고) that is scheduled to air tomorrow, September 8th, 2010, at 12.25 am. (For your record, I reported it on Aug 25th coz I went to the recording session). Boohwal will also appear on KBS Music Bank and perform the song live on September 10th, 2010.

I have actually uploaded the lyrics last May when 남자의 자격 first aired their performance in Boohwal’s March concert. But since today is the official day Boohwal releases the song, I’ll re-upload it ~ 🙂

Ow, btw, this is Boohwal’s first digital single, ever. Congratulations~!! ^-^

늘 거리를 혼자 걸었지 (I always walked the street alone)
곁에 누군가 있는 것처럼 (as if there’s someone next to me)
너무 오래된 기억이지만 (It’s an old memory, but)
항상 너에게 난 위로였어 (I was always a consolation for you)

이제 사랑이 오겠지 (Now love would come)
홀로 힘겨워 했기에 (coz I’d been so exhausted by myself)
한번더 한번더 (one more time, one more time)
사랑을 기다리는 날에 (the day when I wait for love)