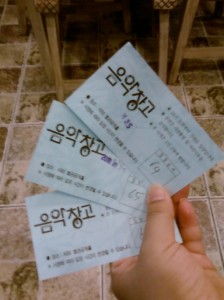 I’m just too tired to write anything at the moment, but somehow it feels like I have to write something right now or I’ll bring and leave all of the things I wanted to write in the dreamland.. (it’s 2 am) But it also feels like i don’t have enough energy anymore. Anyways, today was a special day coz I got to watch Boohwal’s live stage (recording) in KBS 2.

Well, actually, there has been some other live concerts and events I’ve failed reporting, such as the Midsummer Festifal in National Theater of Korea and “Donghwa” MV preview.. so.. I’ll do this one!! >< 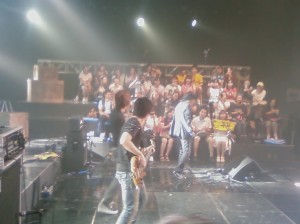 Today’s stage was really meaningful for me for many reasons. I won’t bore you by elaborating the reasons :p

They were called for anchor twice, the first one they performed “Never Ending Story”. And the second one, which was not recorded because the recording was over (but due to audience call was allowed) they performed “Heeya” in rock version.